Speaking at the festival, Dr. Nguyen Thi Nhat Hang - Vice Rector of Thu Dau Mot University emphasized that the Vietnam - Japan cultural exchange day is an opportunity for people of the two countries to review and enhance the cohesion. Over 46 years of establishing relations (September 1973 - September 2019), the friendship of the two countries has been constantly strengthened and developed, the content of cooperation has been increasingly deepened on the basis of strategic and comprehensive partners. Being in the good bilateral relationship between Vietnam and Japan, in recent years, Binh Duong province has established cooperative relationships with many Japanese localities in the fields of economy, culture and society. Dr.Nguyen Thi Nhat Hang expressed her hope that through this cultural event, Thu Dau Mot University will have the opportunity to expand cooperation with many businesses, educational groups and Japanese universities in order to looking for internship and employment opportunities for students after graduating. Thereby contributing to supporting the training of quality human resources for the socio-economic development and international integration of province.

In the festival, many special art performances was organized with the participation of many lecturers and students of the two countries in order to introduce the cultural and artistic features of Vietnam and Japan such as: calligraphy, tea ceremony, making Japanese fresh sponge cake, traditional and contemporary dances ... Especially,in the festival, designs and architectural spaces also showed a style of Vietnam and Japan like: Vietnamese villages,Peach blossom dispaly area, folk games area bamboo dancing,"ném cò", hitting piggy bank, ... to aim at introduce the unique traditional culture to the people of the two countries. In addition, participants were dressed in Yukata, Ao Dai, to join in the fun activities, take souvenir photos, enjoy traditional dishes.

On this occasion, there are not only booths introducing Vietnamese - Japanese culture, but also information booths on education, studying abroad, traveling and trading of Japanese enterprises located in the province. These diversified activities have created a link between organizations of the two countries, opening up more opportunities for cooperation in the future. 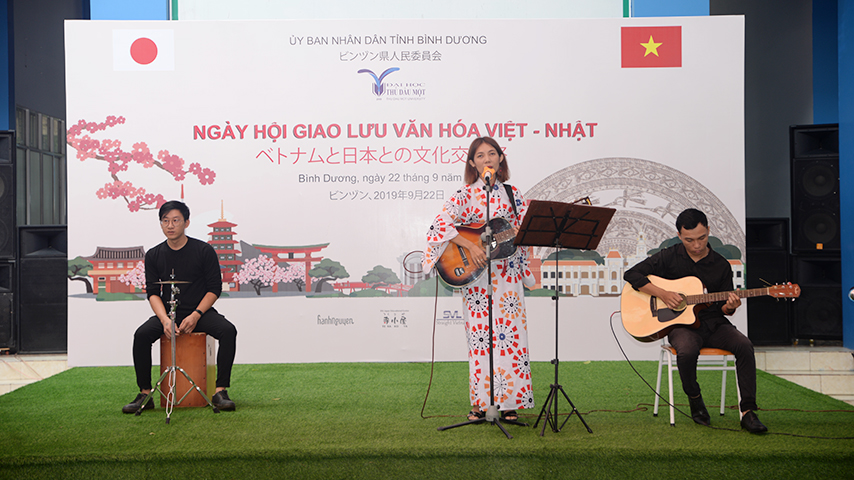 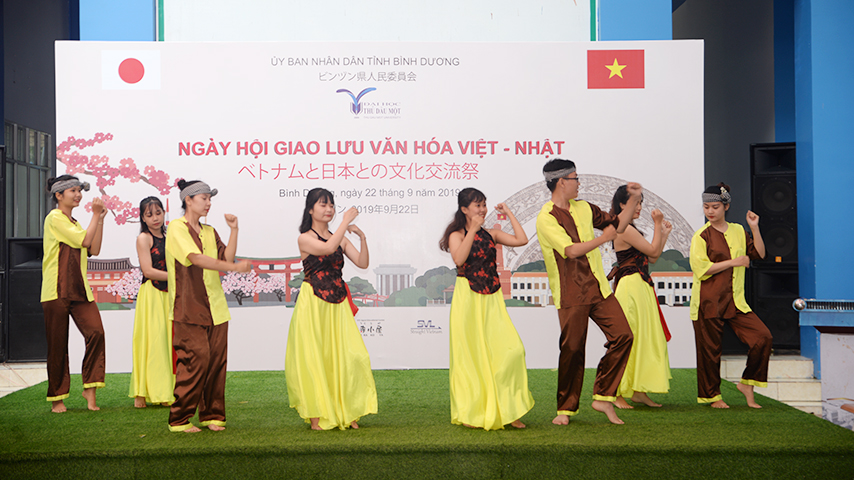 Special art performance program with the participation of many lecturers and students of the two countries in order to introduce the cultural and artistic features of Vietnam and Japan. 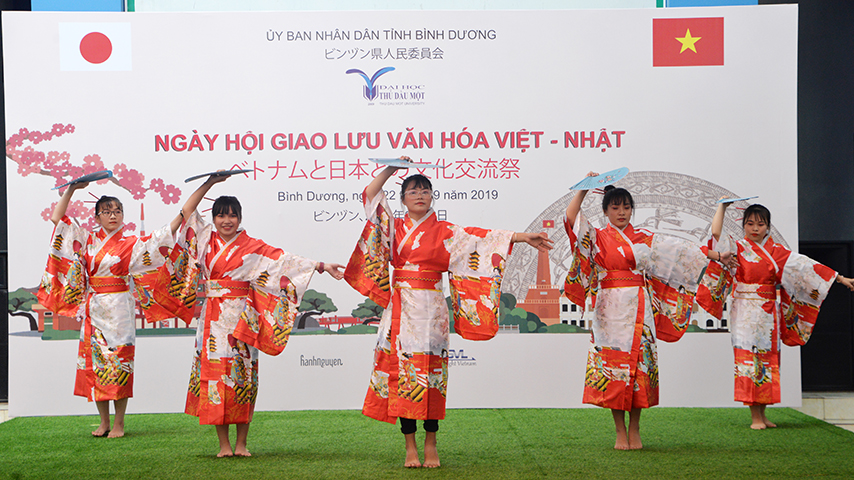 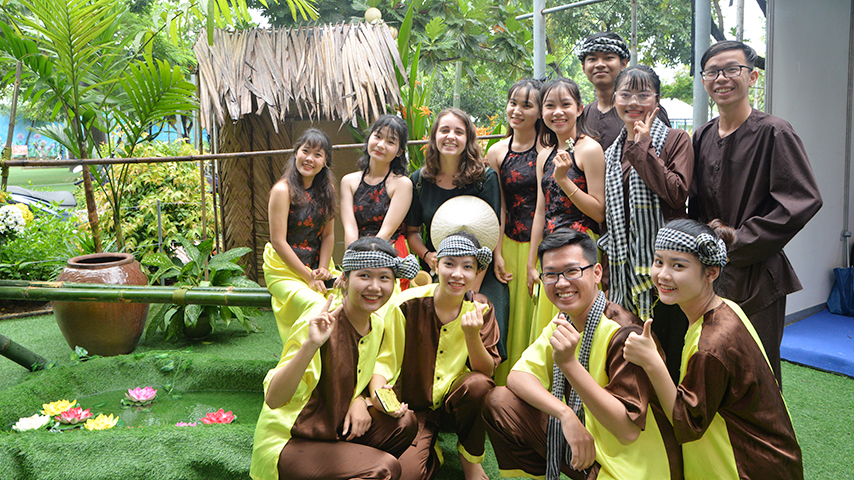 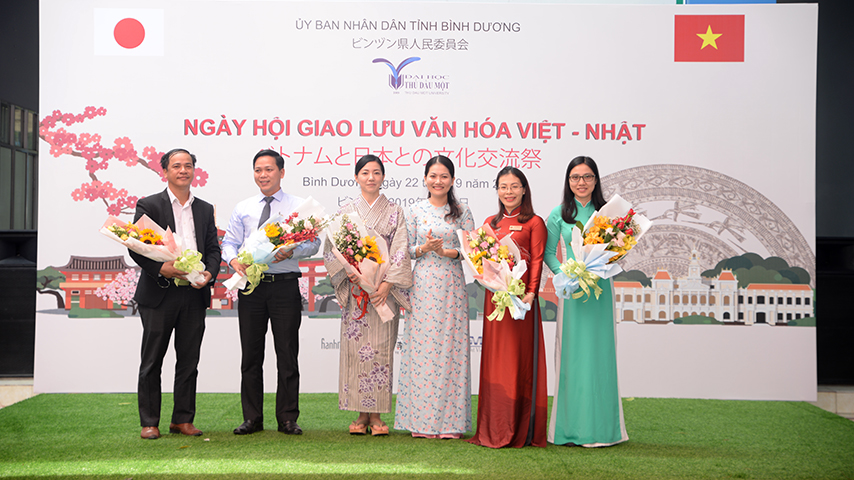 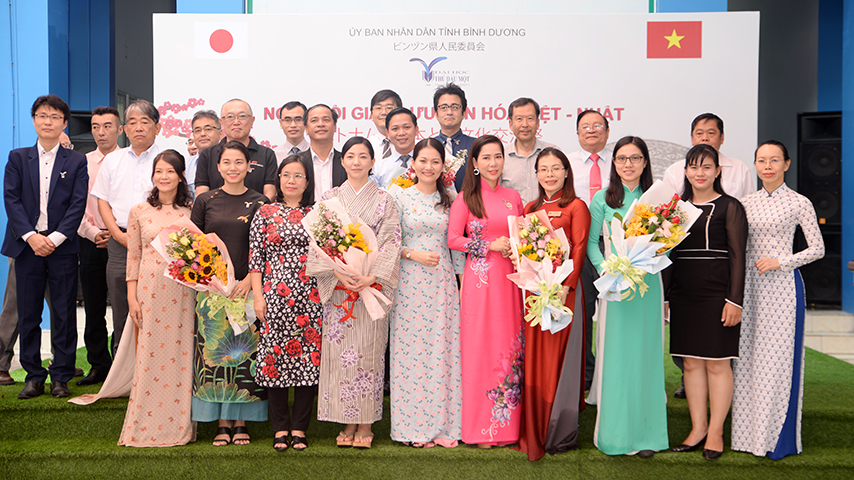 The diverse activities at the Festival have created a link between organizations of the two countries, opening up more opportunities for cooperation in the future.